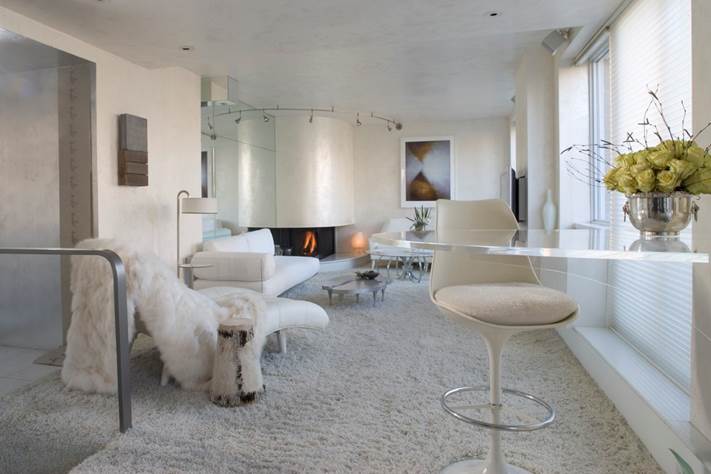 While the results of each project are unique, tailored to the personality of the individuals living there, our work leans toward clean lines and simple patterns, characteristics of modern design. At the same time, we adhere to the dominant sensibilities of classical architecture including the use of strong axis, as well as attention to proportion, hierarchy, and the balance of form in the placement of furnishings within a space. The marriage of modern and classical provides the opportunity to mix pieces of various periods. The result is a human scale, a walk-in sculpture, where color and form take precedence over the pedigree of any one object. Through this process, a strong concept is defined, in which rooms are built or changed to represent that concept, and space is ultimately transformed.

Interiors should be elevated into living works of art, environments in which the intrinsic human desire for comfort and beauty are naturally aligned. 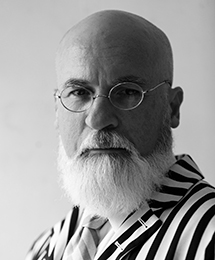 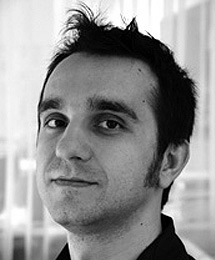 It sounds like what you’re thinking, but only his hair resembles the creature. Traveling from Yugoslavia to the United States, Dragan was focused on educating himself on design. While attending Fashion Institute of Technology, he worked as a junior designer for a SoHo furniture company, designing and restoring fine furniture. He graduated with honors from FIT with a Bachelor of Fine Arts Degree in Interior Design.

His design knowledge began developing quickly through Singler Enterprises of New York. As a senior designer, he managed multiple projects and oversaw product development. He also held the position of senior designer at Sygrove Associates.

Although interior design is always on Dragan’s mind, furniture design is his passion. He is responsible for assisting Benjamin on his furniture and accessories line, Metropolitan Home Collection and Phillips Collection.

Pursuing other artistic relief, he has also appeared in independent films, Memorias del Desarrollo (2006) and Red Cockroaches (2003). Both films are directed Miguel Coyula. 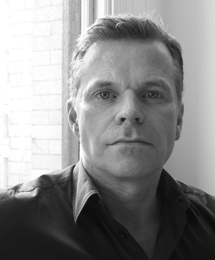 After graduating from Parsons School of Design, Kevin began his first association with BNOdesign in 1996, when the company was first established. His 5 year tenure involved working closely with Benjamin on a majority of the high-end residential projects featured in the book, Emotional Rooms.

A parallel career in real estate helped Kevin establish a strong sense of all factors associated with residential interiors. Eventually his tenacity and determination drove him to start his own company where he purchased, re-designed and resold residential real estate in Chelsea and the West Village. Eventually, he began to crave the creative world of interiors and decided to re-join BNOdesign, where he can refocus his efforts solely on interior design.

During his down time, Kevin’s perseverance and determination can be seen in his love of long-distance, competitive cycling where he travels to many parts of upstate New York on summer weekends. 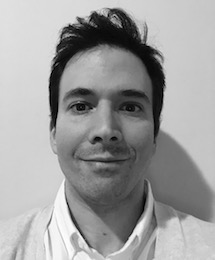 Peter holds two degrees in interior design, a masters from Pratt Institute and an associates from Parsons School of Design. Before pursuing his masters, Peter worked at an architecture firm where he felt disheartened by the lack of creativity in the field, so he decided to go back to school and delve into interiors. After graduating, Peter decided to take a less conventional route by freelancing in interiors and starting his own sculpture practice. His sculptures reflect his love for design by using building materials such as insulation, tile and house paint.

When not immersing himself in interiors and architecture, Peter can be found making sculptures in his studio or hitting the streets on his skateboard. After submitting this photo for his bio, he finally sees why people say he looks like Jimmy Fallon. 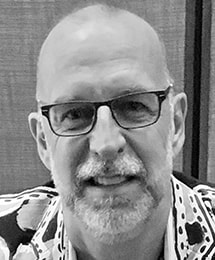 Steven started his work in design early in life. Working for his father’s construction business in Staunton, Virginia, then as an apprentice glass blower for an internationally known glass artist Jon Kuhn in Virginia, he gathered the skills to work with almost any material. After living in Paris for a year, he moved to New York City and worked for one of the most prestigious glass galleries in New York City, Heller Gallery, specializing in and directing the packing and shipping department of delicate glass pieces. At the same time, he served as assistant set stylist for a major set designer/model Jocelyne Beaudoin andphotographer Ruven Afanador.

Steven eventually opened his own shop/gallery in Chelsea, And Bob’s Your Uncle, where he showed the work of various emerging New York artists. He also assisted in creating large floral pieces for Tiffany’s flag ship store on 5th Avenue with Bob Roberts under the tutelage of Tiffany visual director Robert Rufino.

At present, Steven is co-owner and Design Director of ABYU Lighting, a custom lighting studio in New York specializing in one-of-a-kind lighting pieces.

As part of an artist collective creating jewelry and art-fashion for Emmy winner stylist Patricia Field, he showed his pieces in Miami Art Basel and in Mykonos, Greece.

As an avid art collector, his passion moves him to collect rare ceramics from Vallauris (where Picasso produced work in the 1940s and 1950s), pearls from Tahiti, priceless sneakers, and fashion in general. His photography collection of emerging artists includes Scooter LaForge, Bubi Canal, John Edmonds and Esmaa Mohamoud among others.

At the end of the day, he enjoys taking care of his extensive bonsai collection which he uses sometimes in interior styling jobs for BNOdesign, as well as his passions for cooking, cocktail preparations and his two cats Toonces and Mr. Cat. 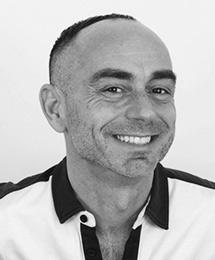 DELANO PRODUCTION DESIGN specializes in Set and Production Design for the TV and Entertainment Industries. Devin Delano graduated with a degree in Marketing from Western KY University, and began as an intern in 1992 at NBC Special Events in NYC. He spent four years in the Marketing and Creative Departments at Nickelodeon and MTV, before opening his own Production Design company in NYC’s Chelsea in 1996. His first design project came as a Set Designer for the Wyclef Jean Foundation, designing concerts in Miami, NY and Los Angeles. Delano has led the Design Departments of over 150 TV Renovation Shows, including KITCHEN COUSINS, RESTAURANT DIVIDED, and many more. In addition to TV, he has designed and produced events for Sunbrella, Architecture Digest, L’Oreal, Museum of Modern Art, Telemundo, Univision, MTV Latino, Viacom, Project Runway, NIKE, and the US OPEN. He has also worked in backstage production for over 500 fashion shows, and has designed and produced over a dozen dazzeling Broadway Opening Night Parties.

The Art of Living
Photography by Bärbel Miebach

Decorating with Color and Texture
by Ann McArdle

Decorating with Fabric and Pattern
by Ann McArdle

Designers Here and There
by Michele Keith

Lofts and Apartments in New York City
by Edizione L’Archivolo

The Luxury Bathroom
by Samantha Nestor

Rooms to Inspire
by Annie Kelly 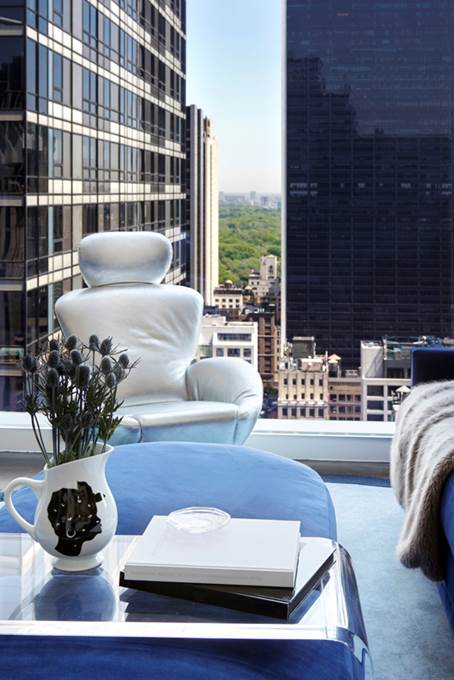