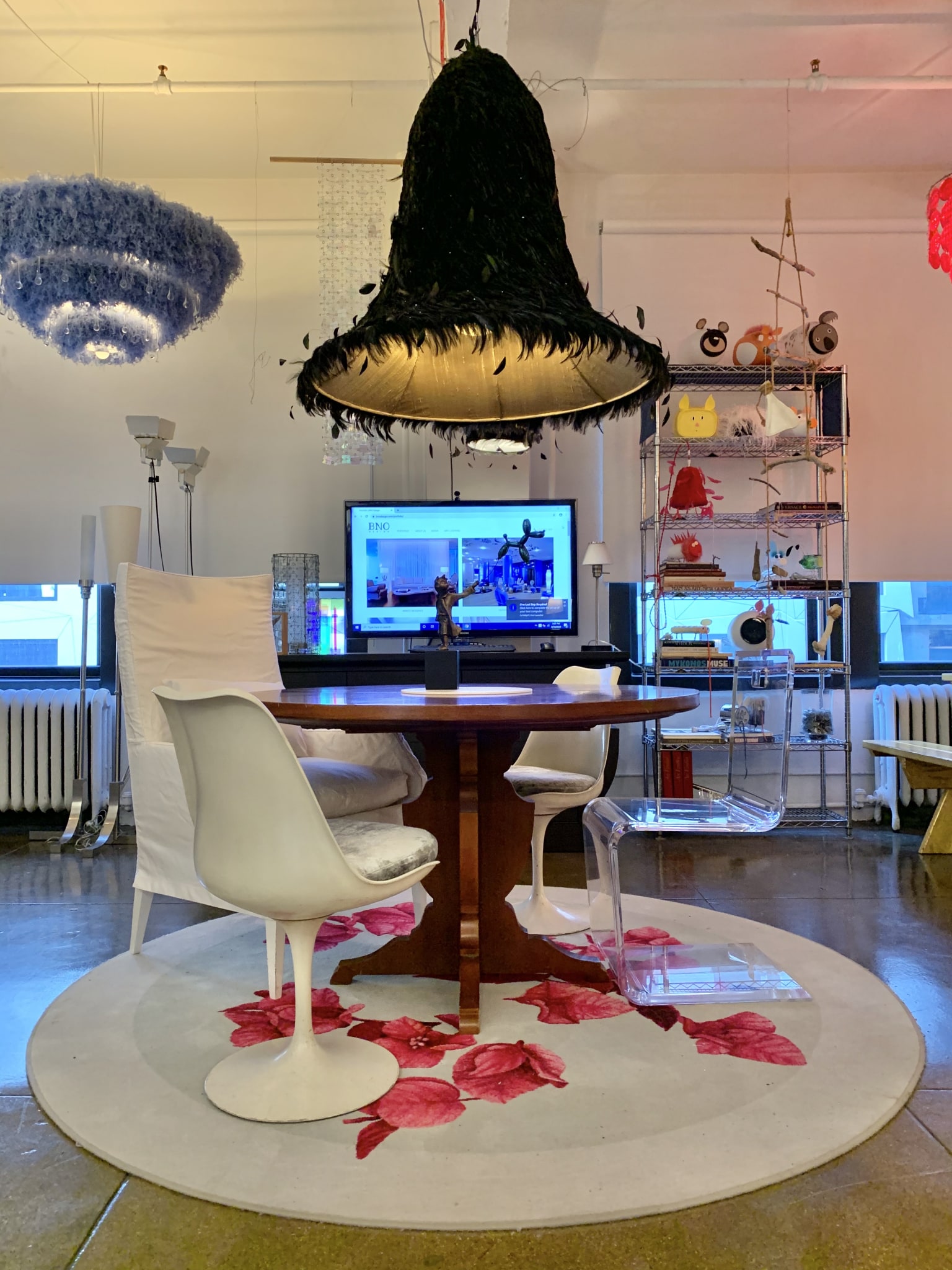 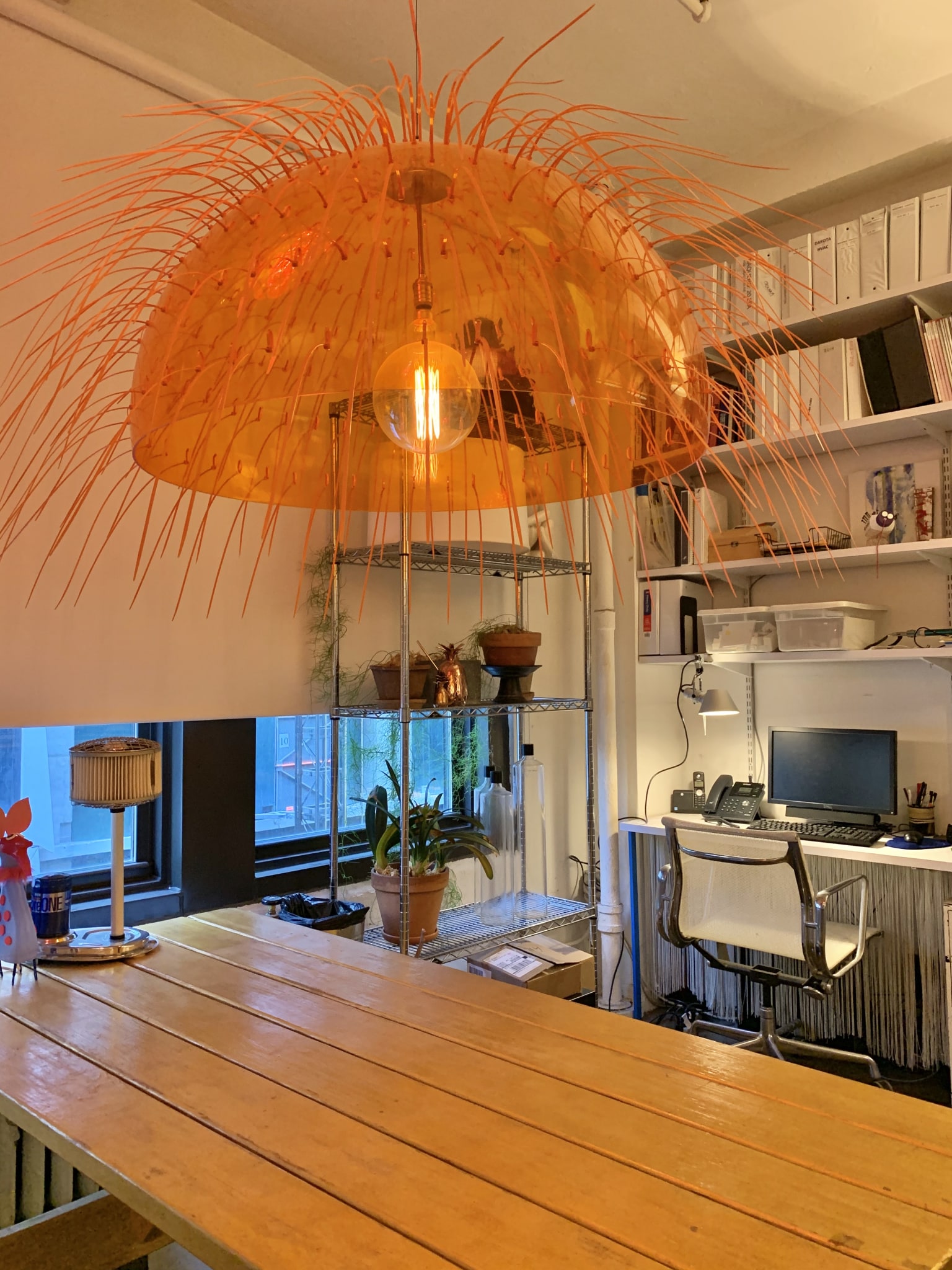 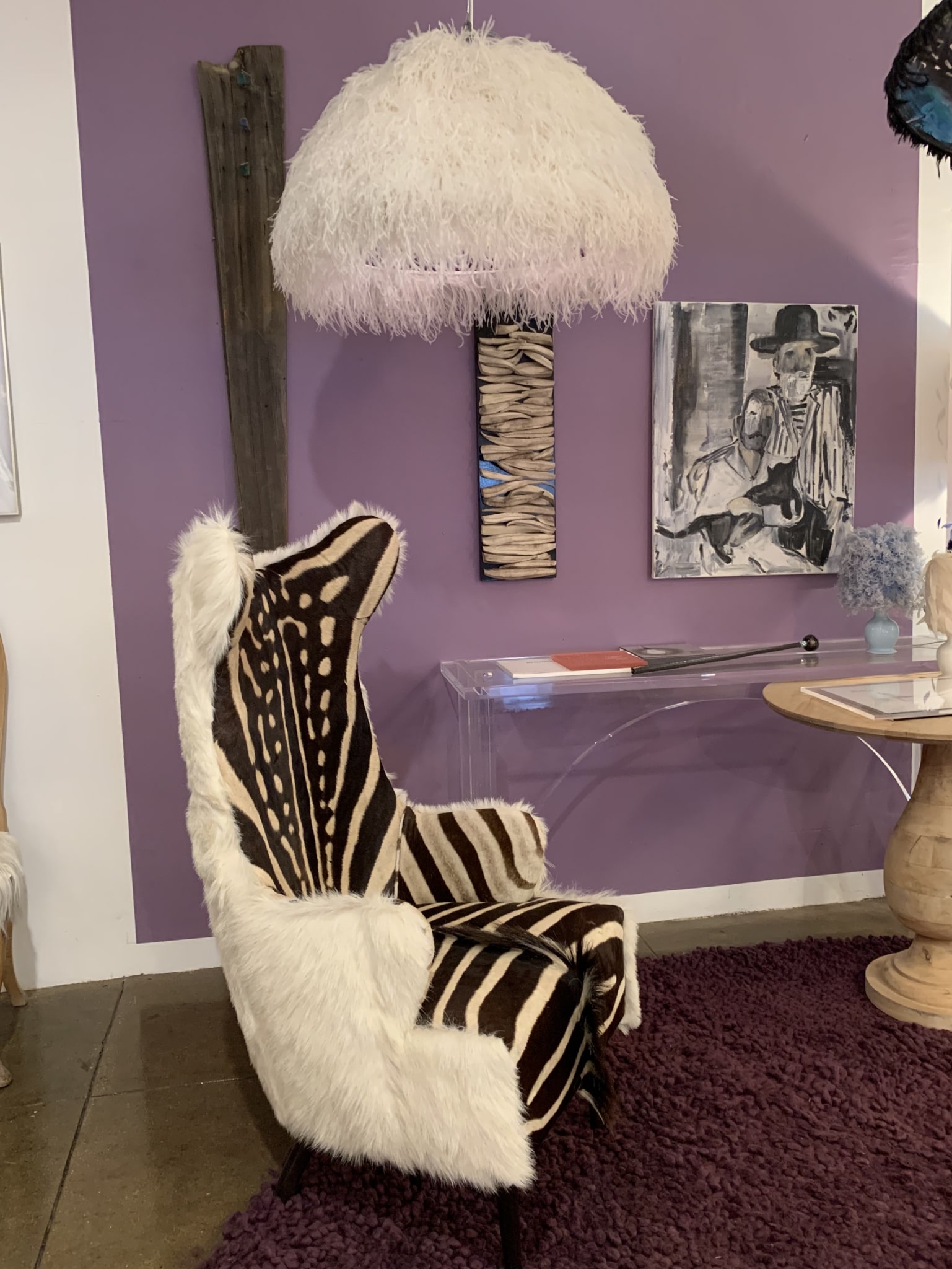 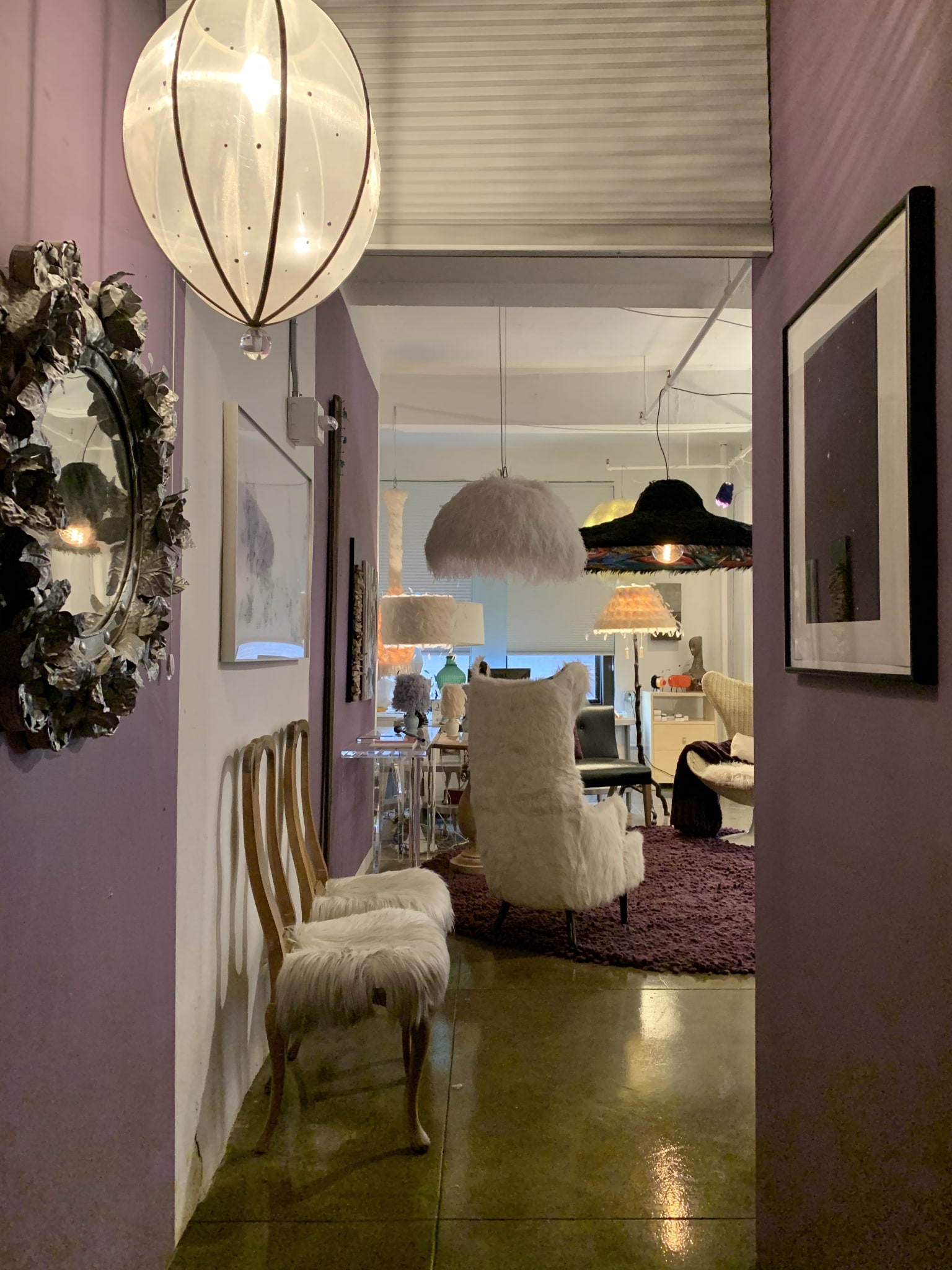 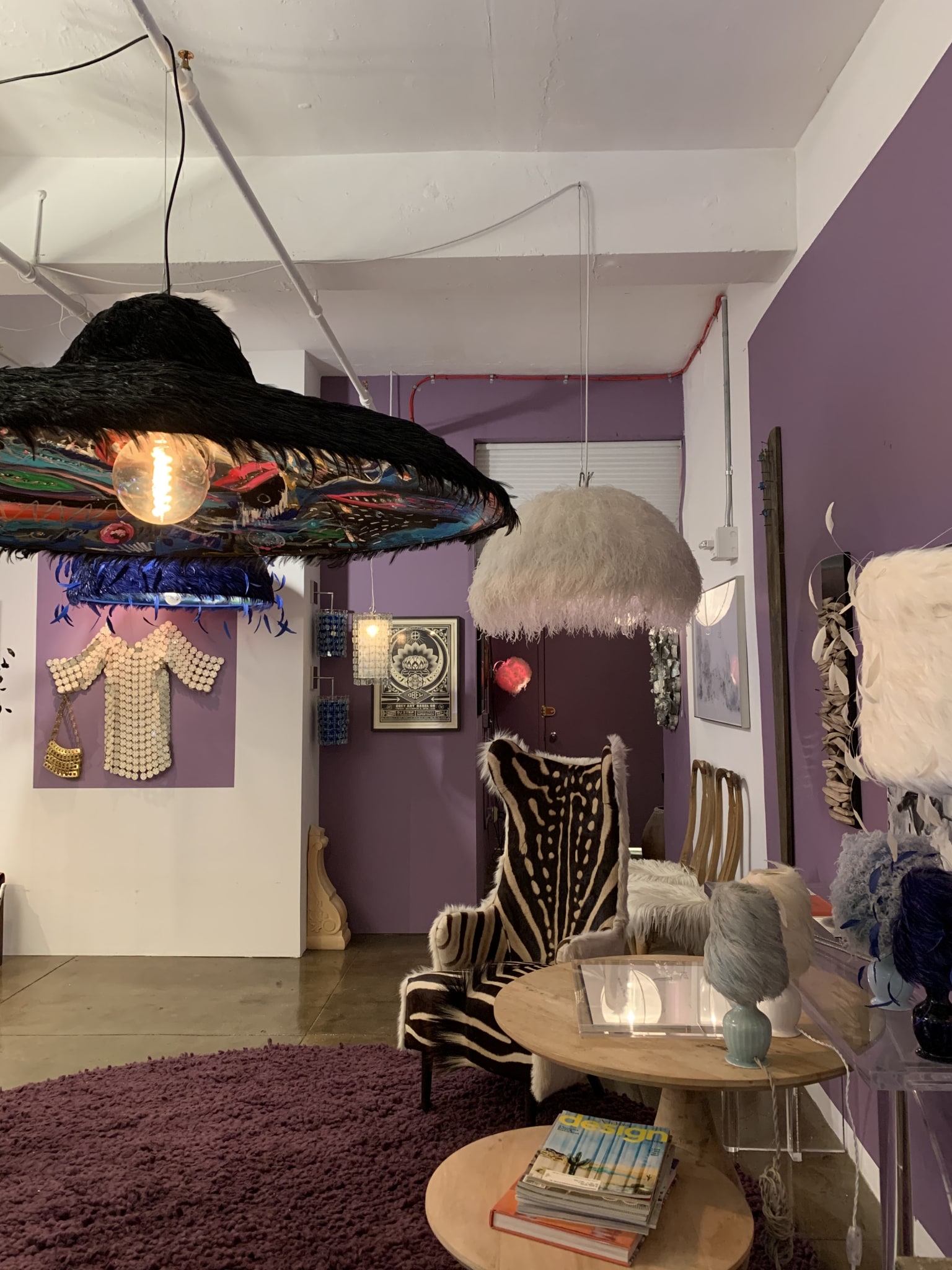 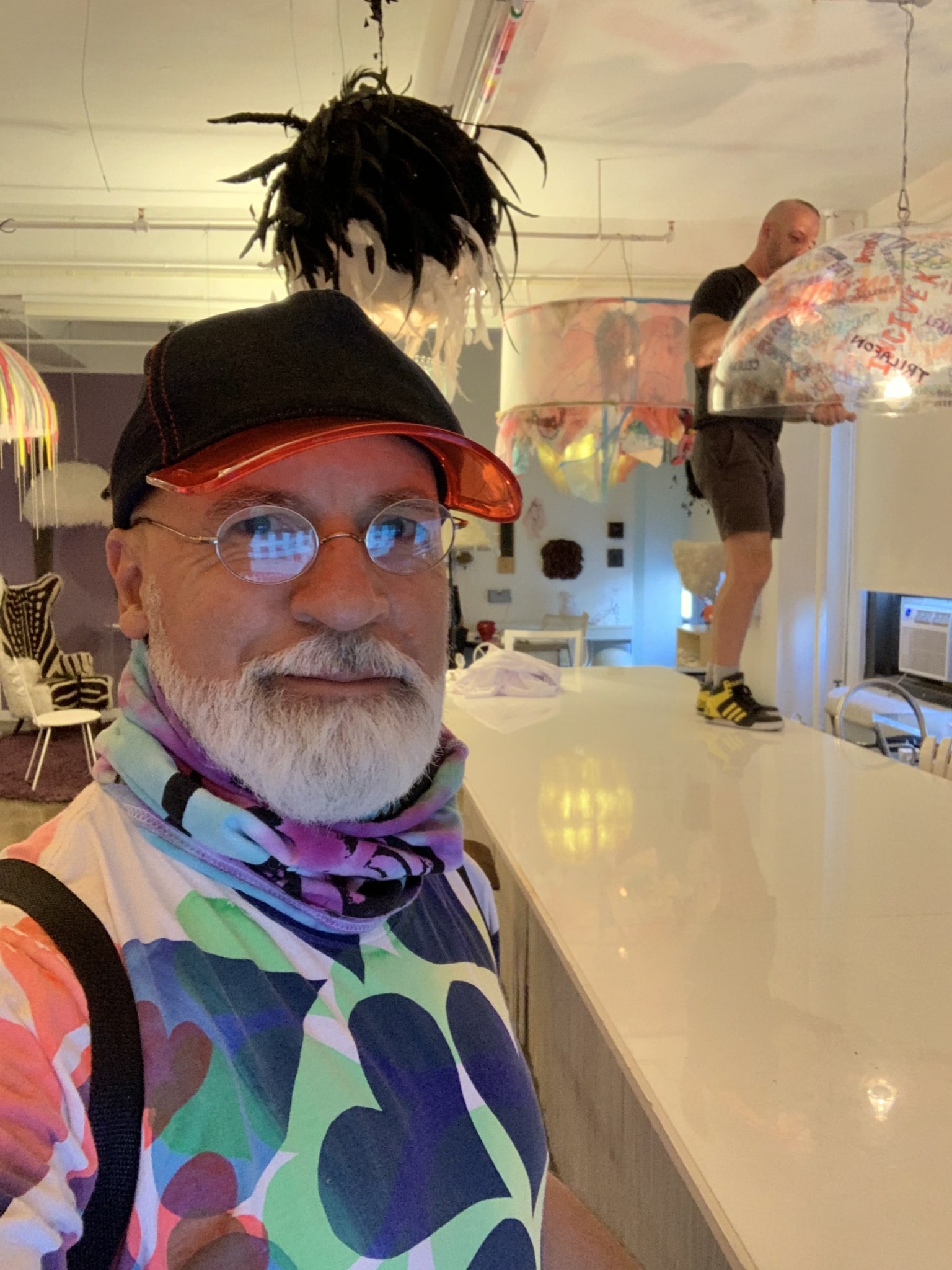 “Since establishing his own design company in 1992, interior designer Benjamin Noriega-Ortiz’s clients have included Lenny Kravitz, Patricia Field, and venues like the Mondrian Hotel in Soho. Meanwhile, Steven Wine started his lighting company “And Bob’s Your Uncle” in 1993, growing it to ABYU Lighting in 2007, when whimsical collaborations with artists became an important part of his line. The two have worked together since 1998 and have never played by any rules other than their own. Their first apartment together made the cover of New York Magazine’s “Home Design” issue in October 1999, ushering in the new millennium with an otherworldly interior bathed in silver aluminum paint, Eero Saarinen womb chairs upholstered in Knoll fabric that seemed to levitate off the floor, and Lenor Larsen’s “Moonbeams” fabric. Recently, they created a combined showroom — a 1,200-square-foot space, seen here, that was formerly inhabited by ABYU Lighting. It’s a mere six blocks from their apartment, and although their studio staff are working remotely for now, in time clients will be able to make appointments to visit, masked up and socially distanced, of course.”