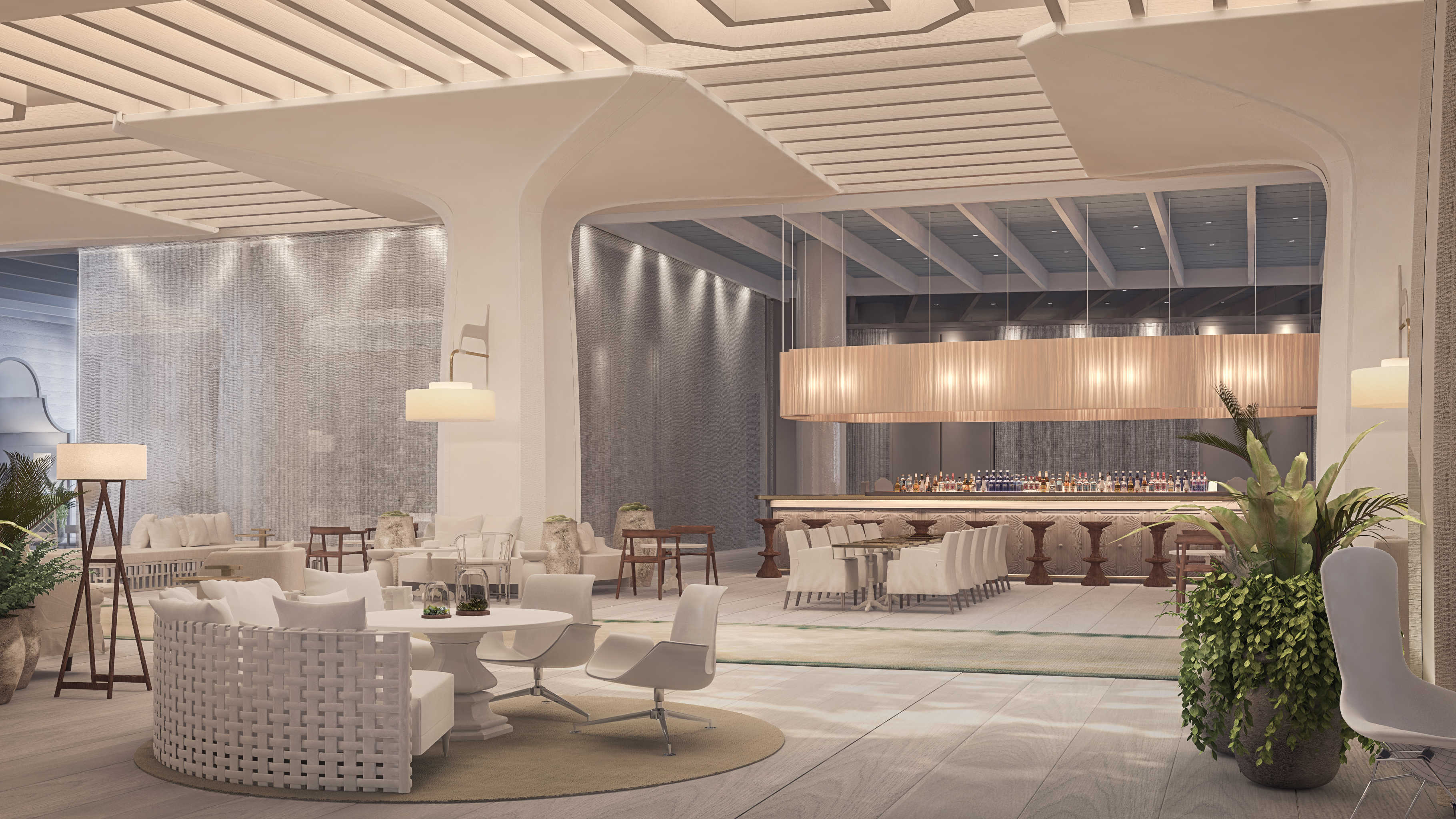 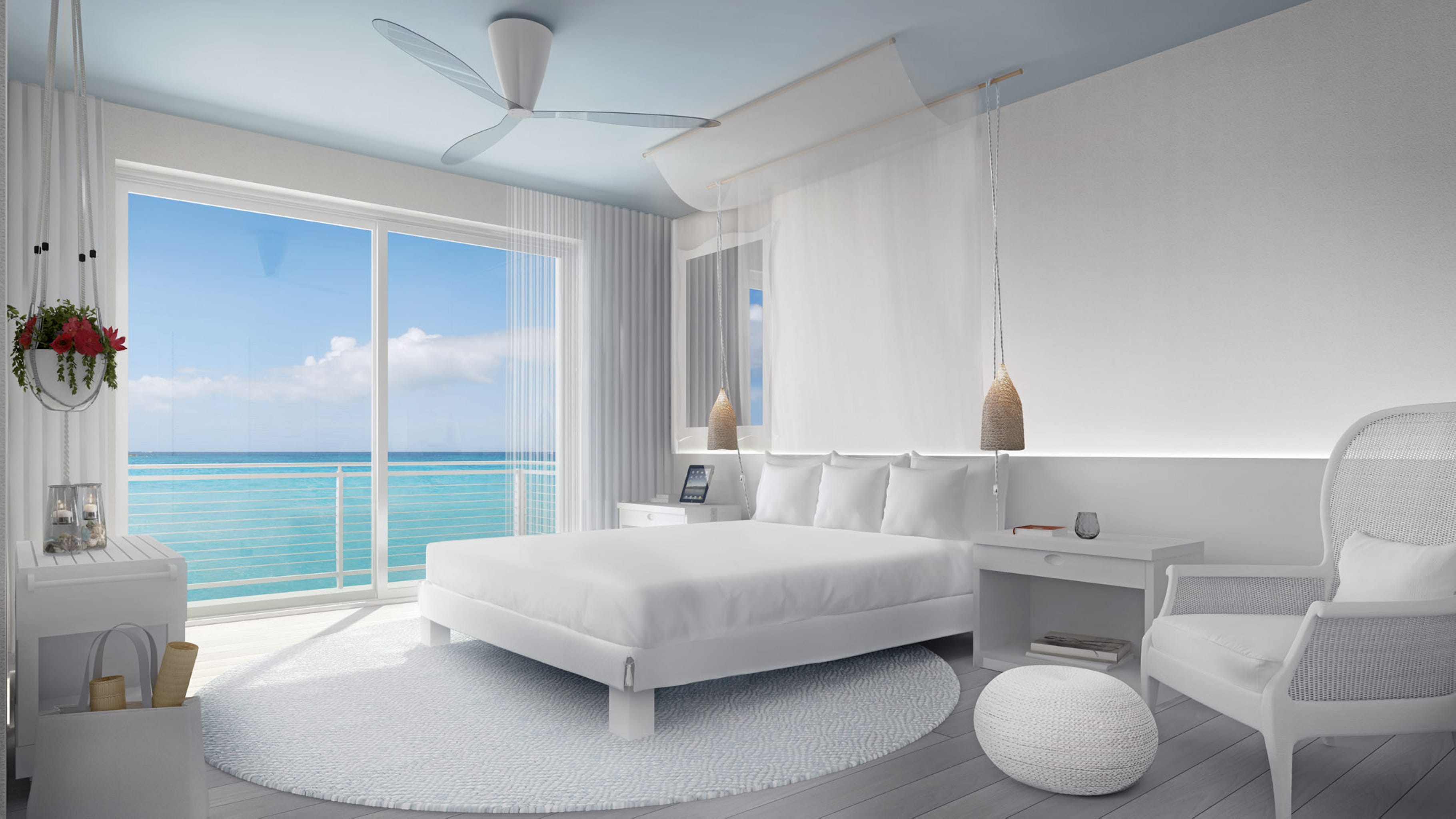 Mondrian Baha Mar design is inspired by the easy living of the Bahamas. Construction started on 2011 under Sarkis Izmirlian and Morgans Hotel Group. The hotel production was taken over by Chow Tai Fook Enterprises in 2014. Consequently, Mondrian Baha Mar was acquired by SLS which finally opened in 2017 using our design but branding it for SLS. BNOdesign created all the architectural interiors and interior design plus all outdoor areas, with the majestic lobby influenced by Frank Lloyd Wright’s Johnson Wax Headquarters and the spa at Grand Resort Bad Ragaz in Switzerland.

The minimalist décor of the guestrooms was altered slightly by SLS with the addition of their signature murals, but all the furniture is still custom BNOdesign. The pièce de resistance by the main pool is the pool bar, reminiscence of the nearby lighthouse.