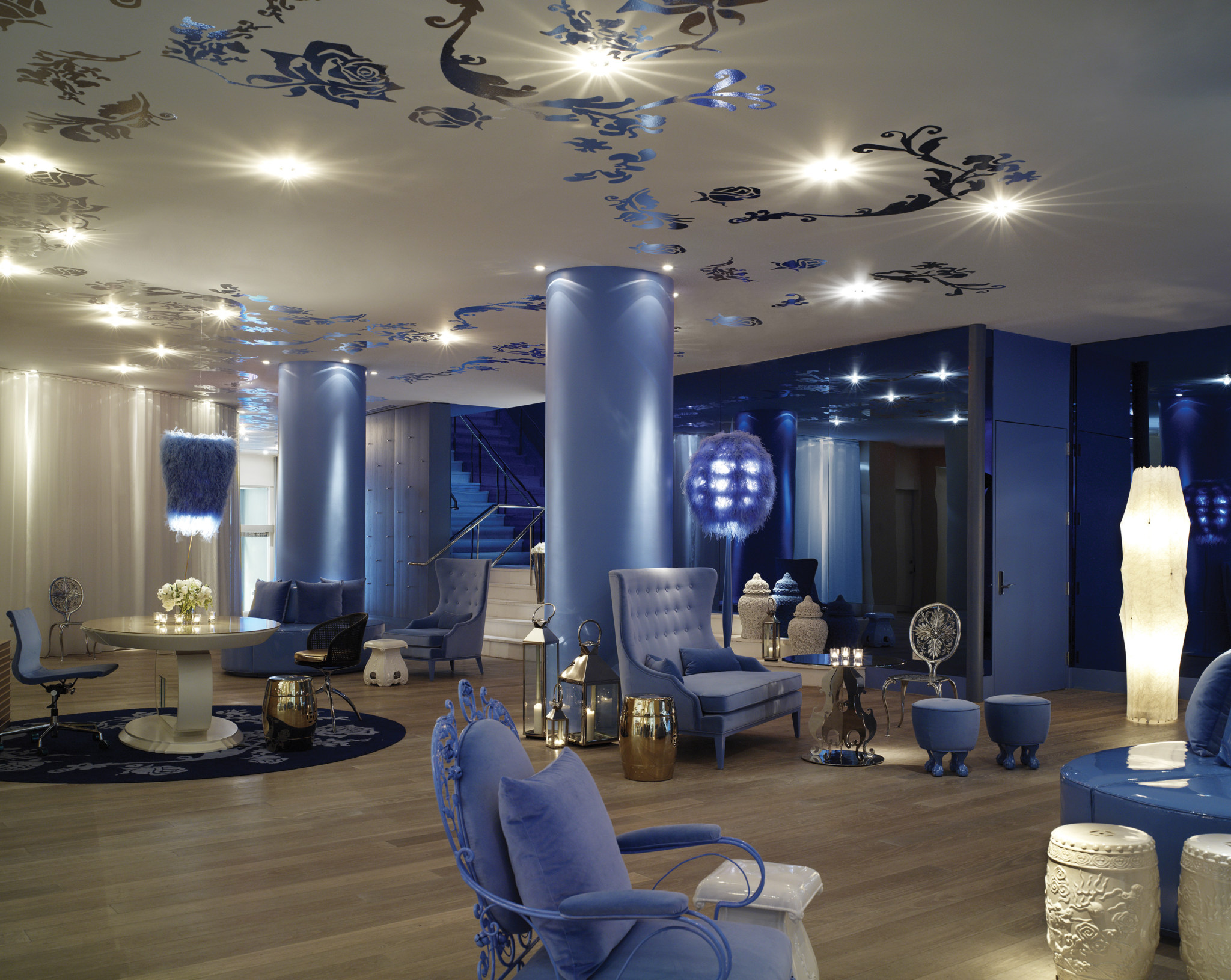 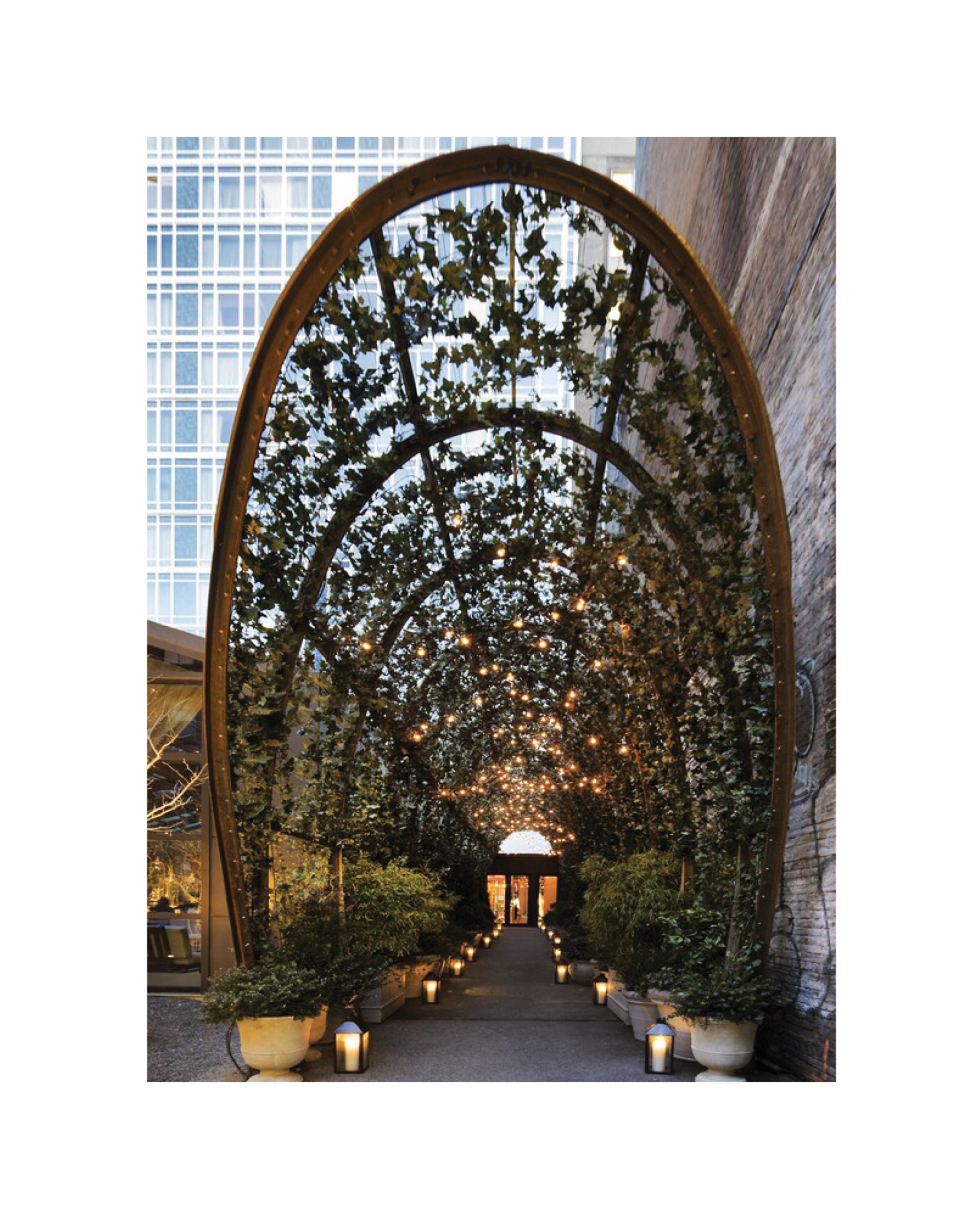 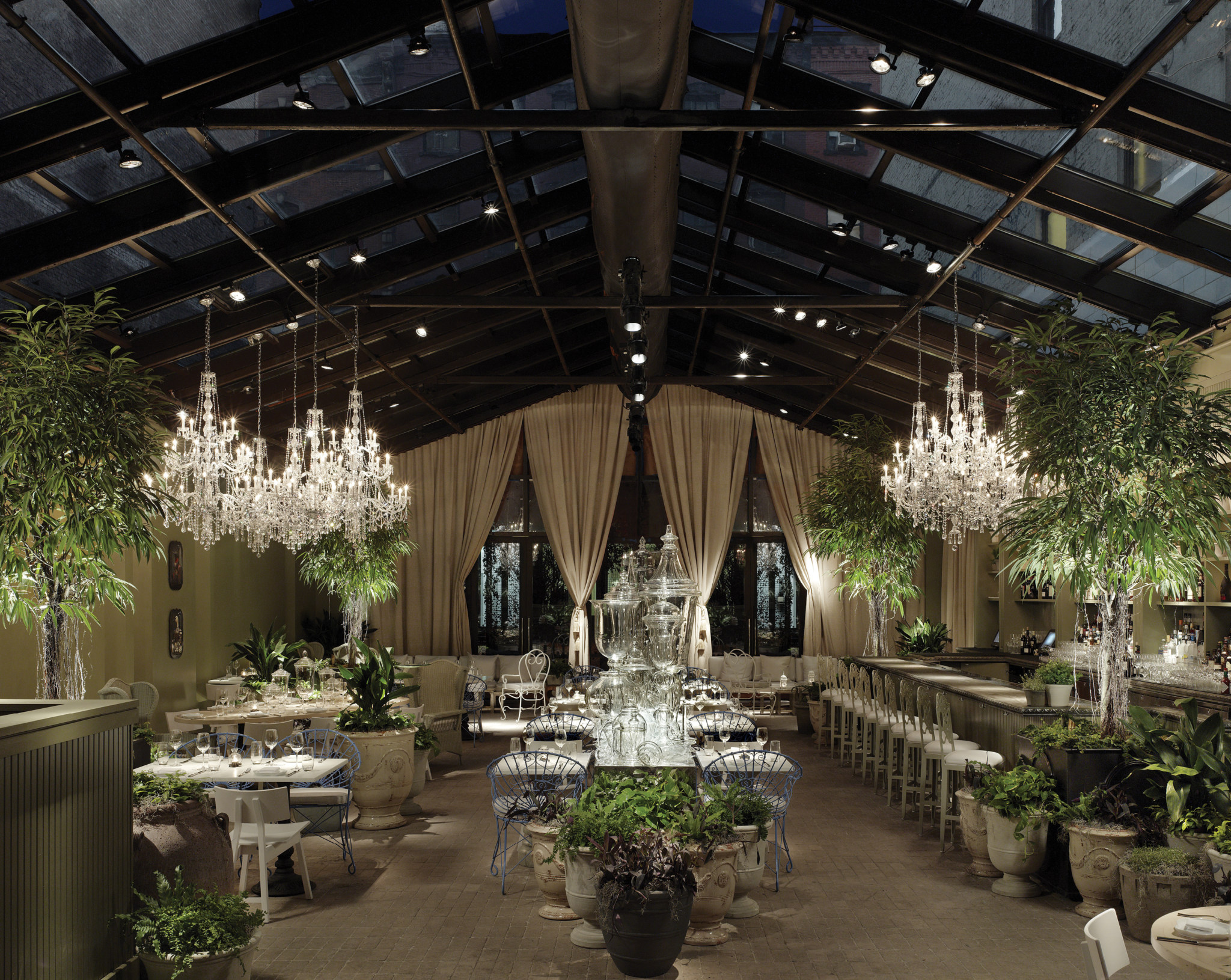 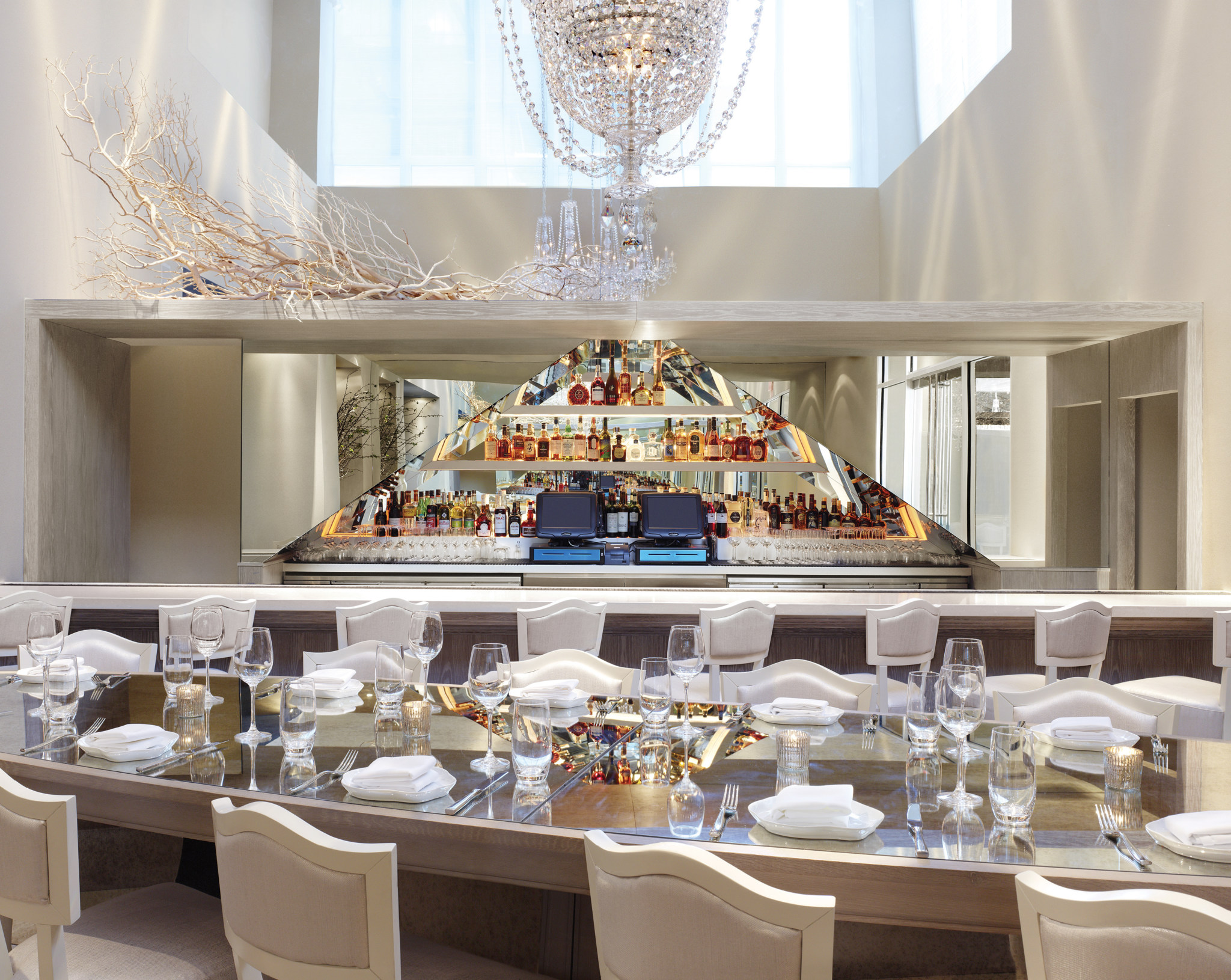 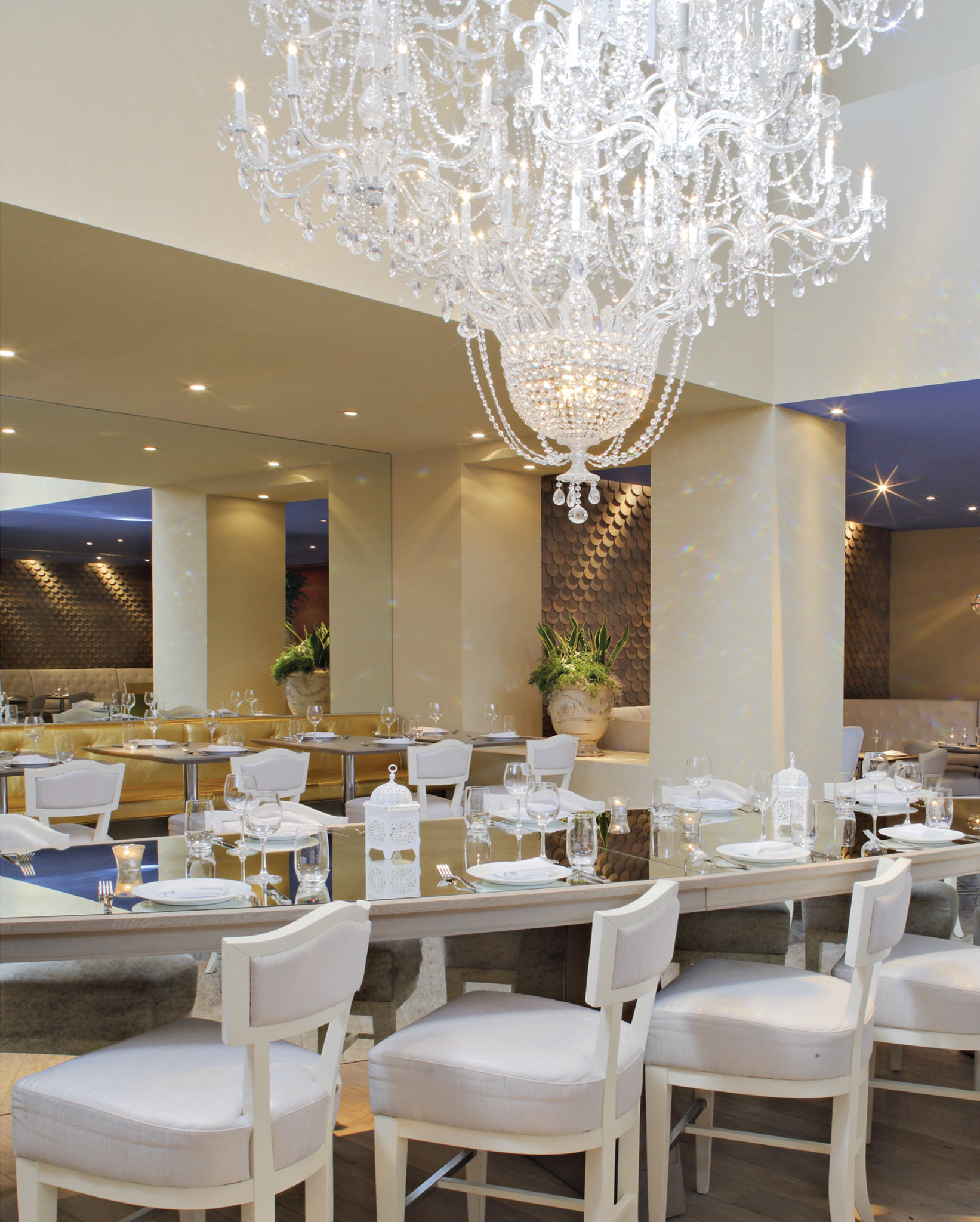 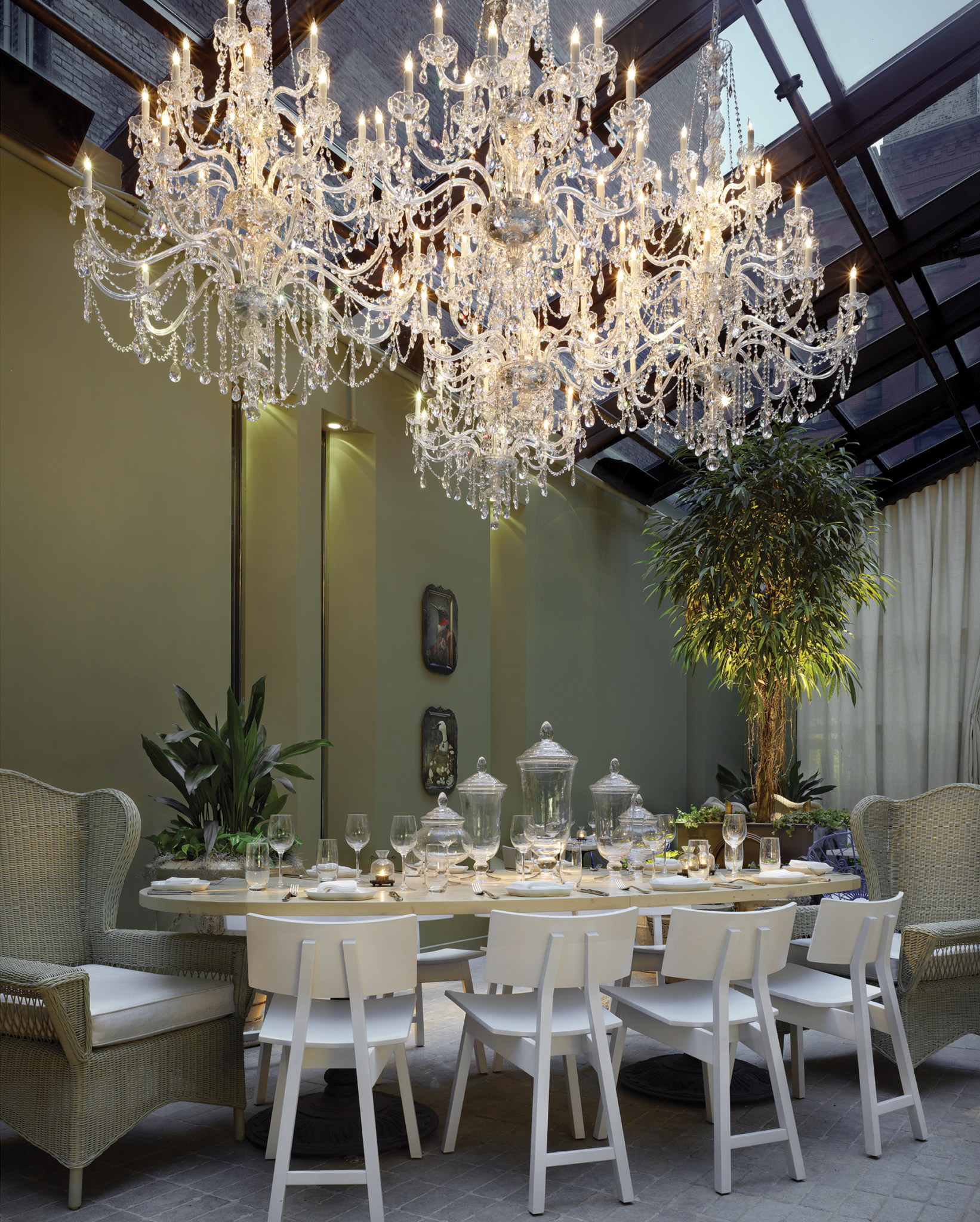 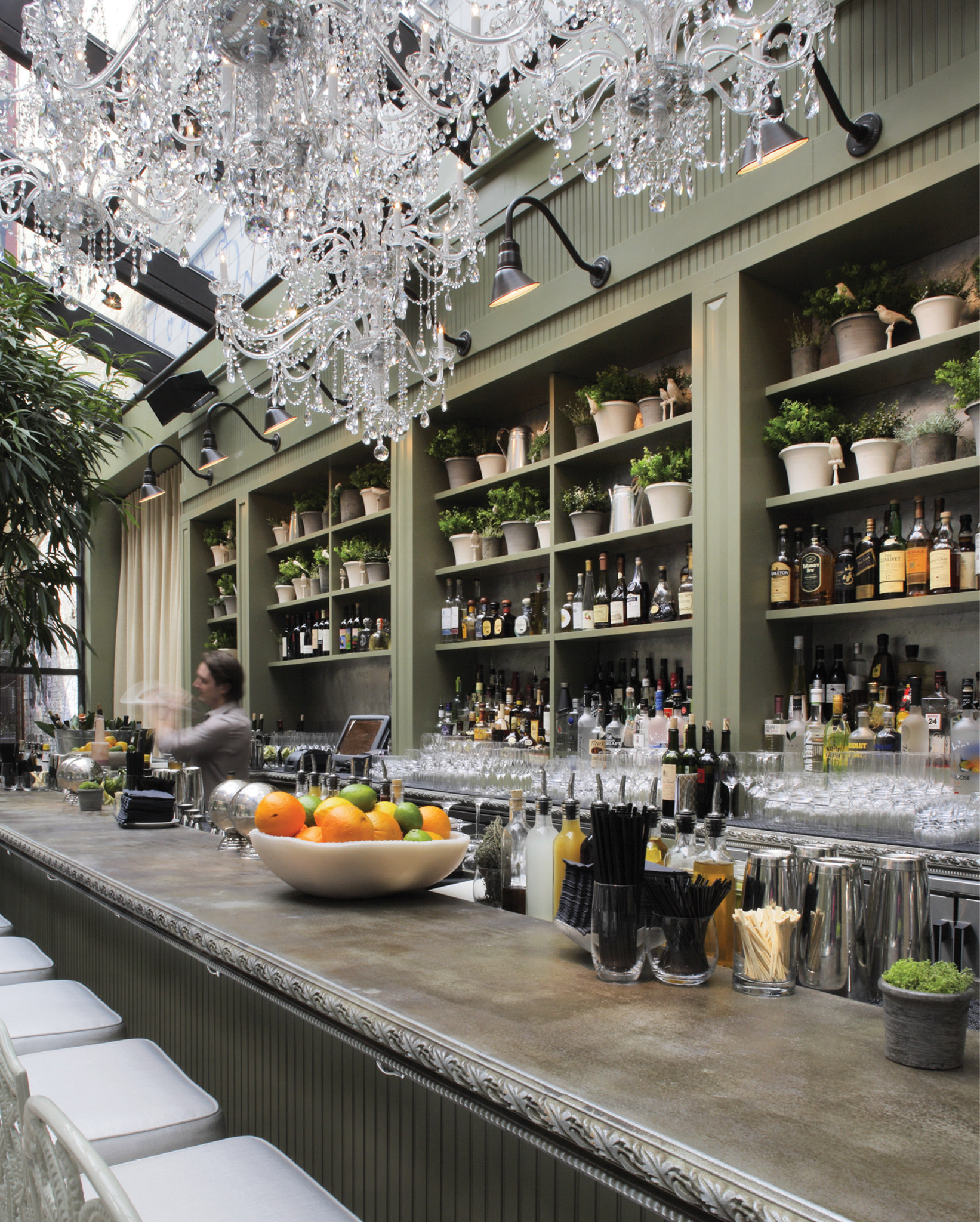 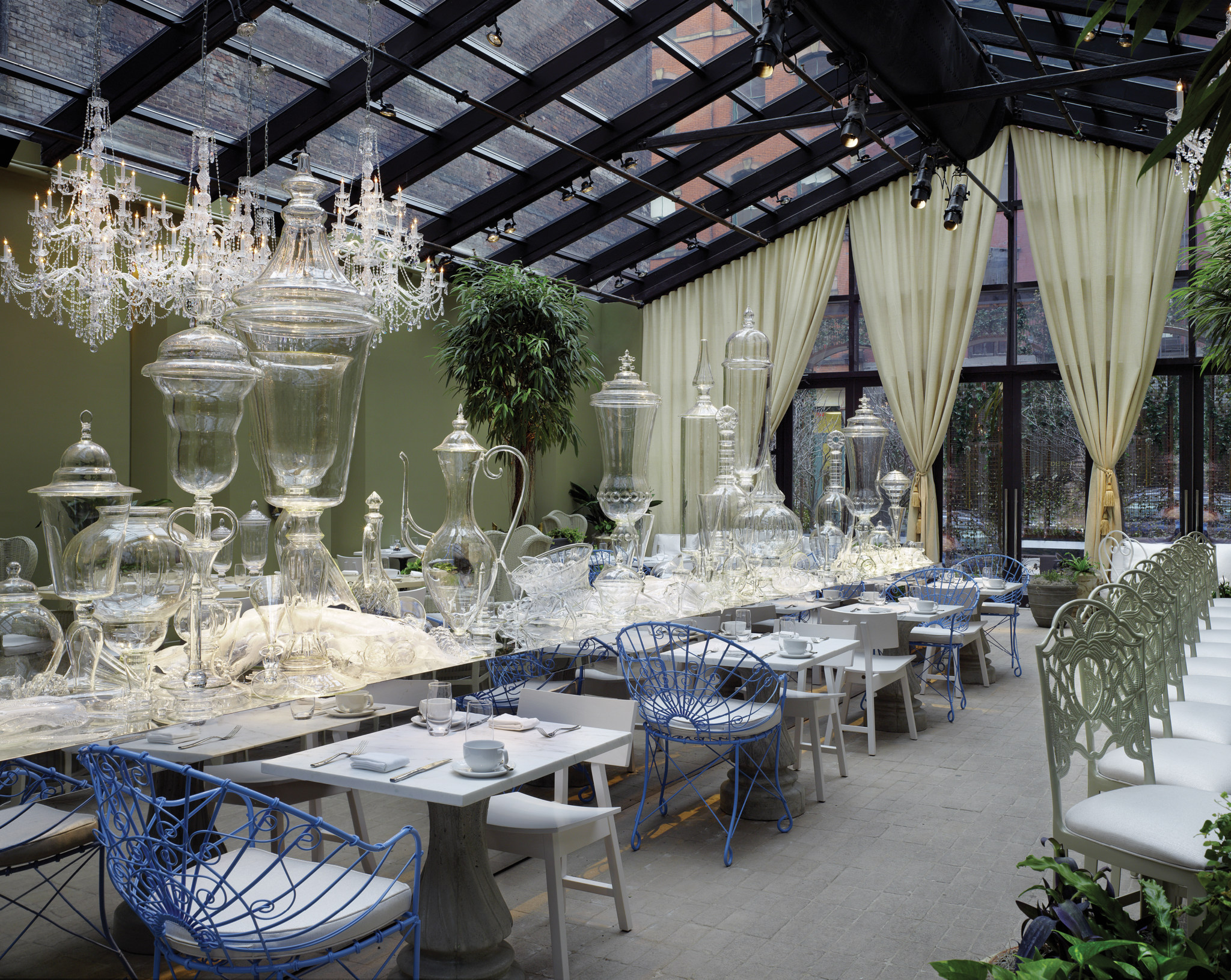 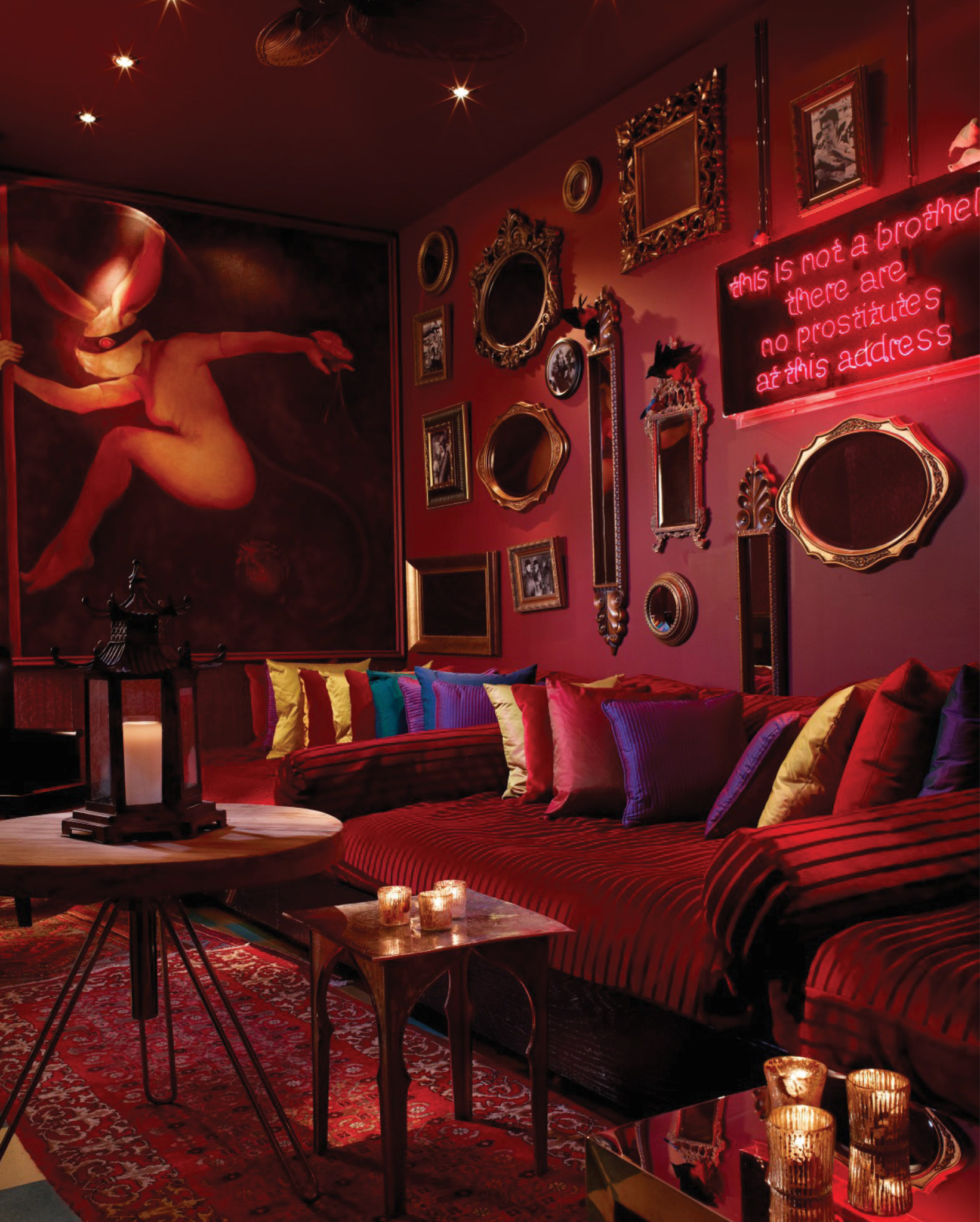 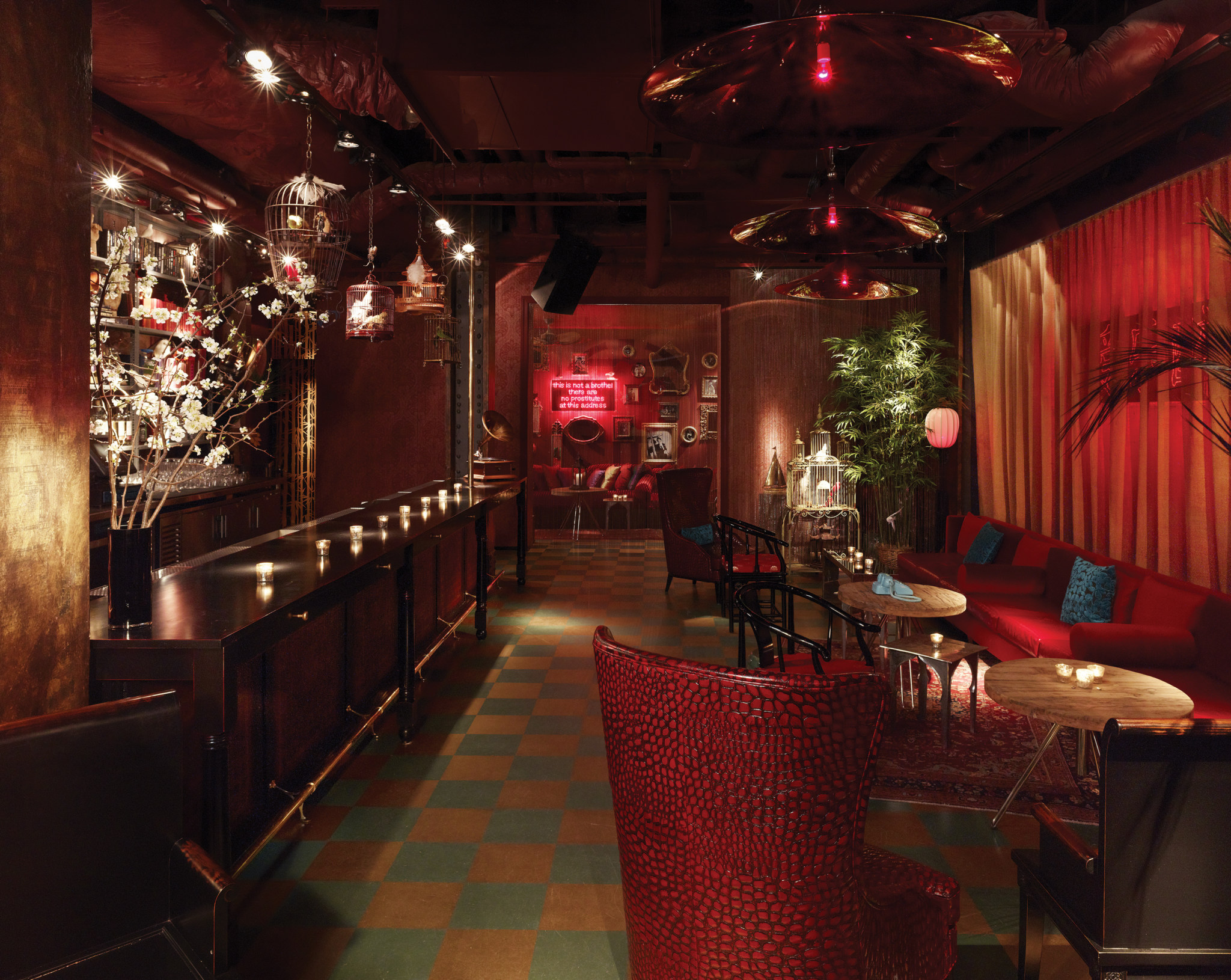 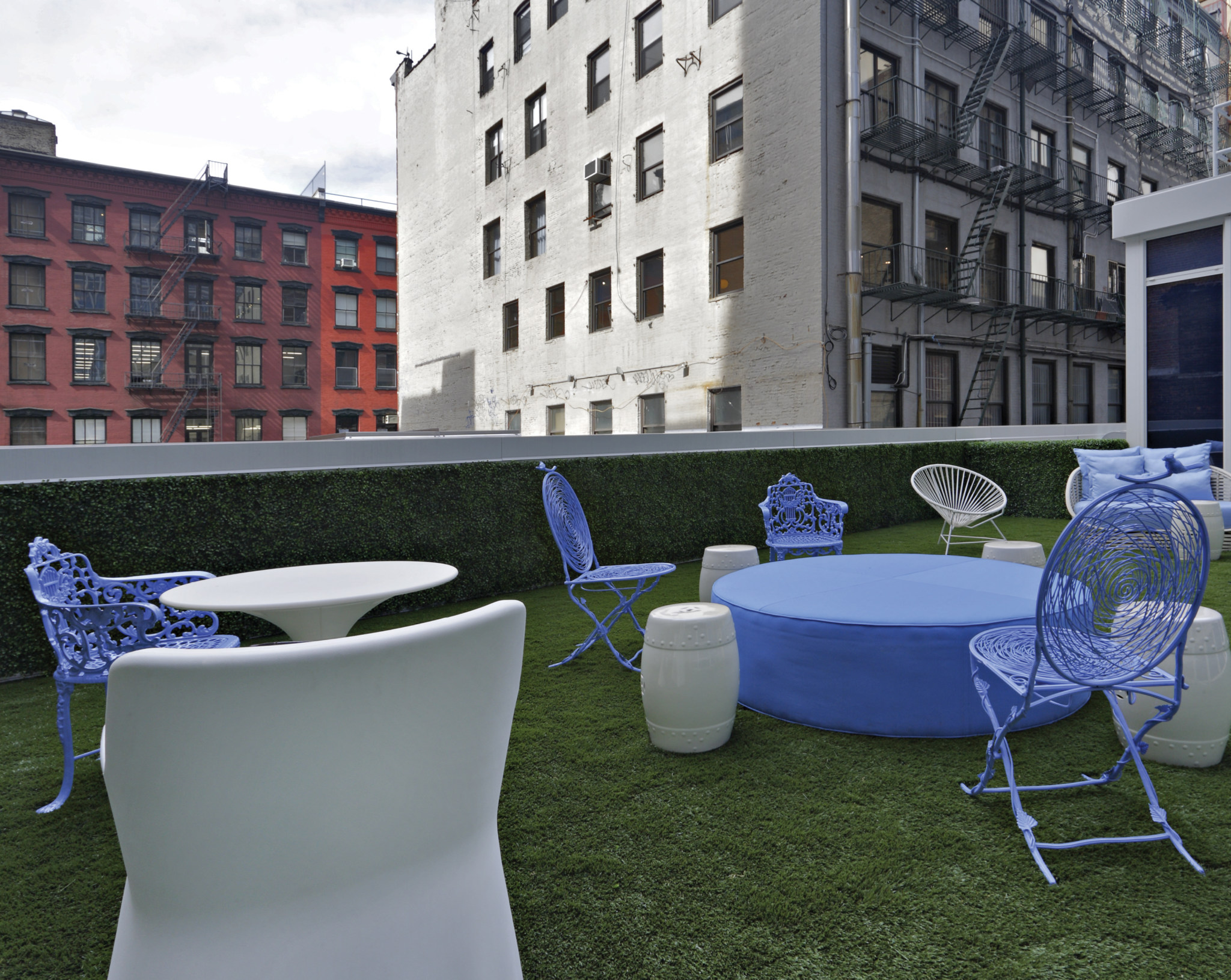 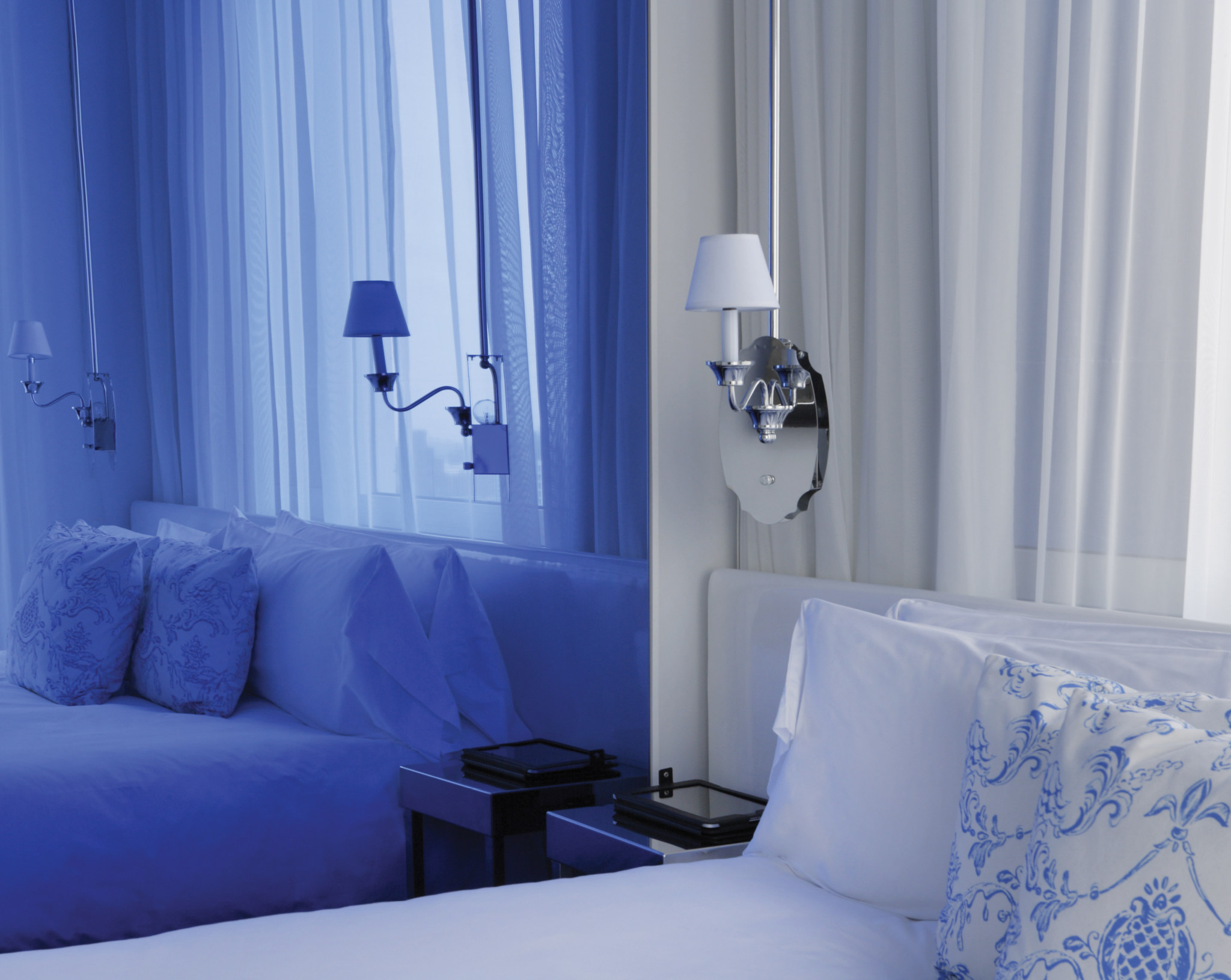 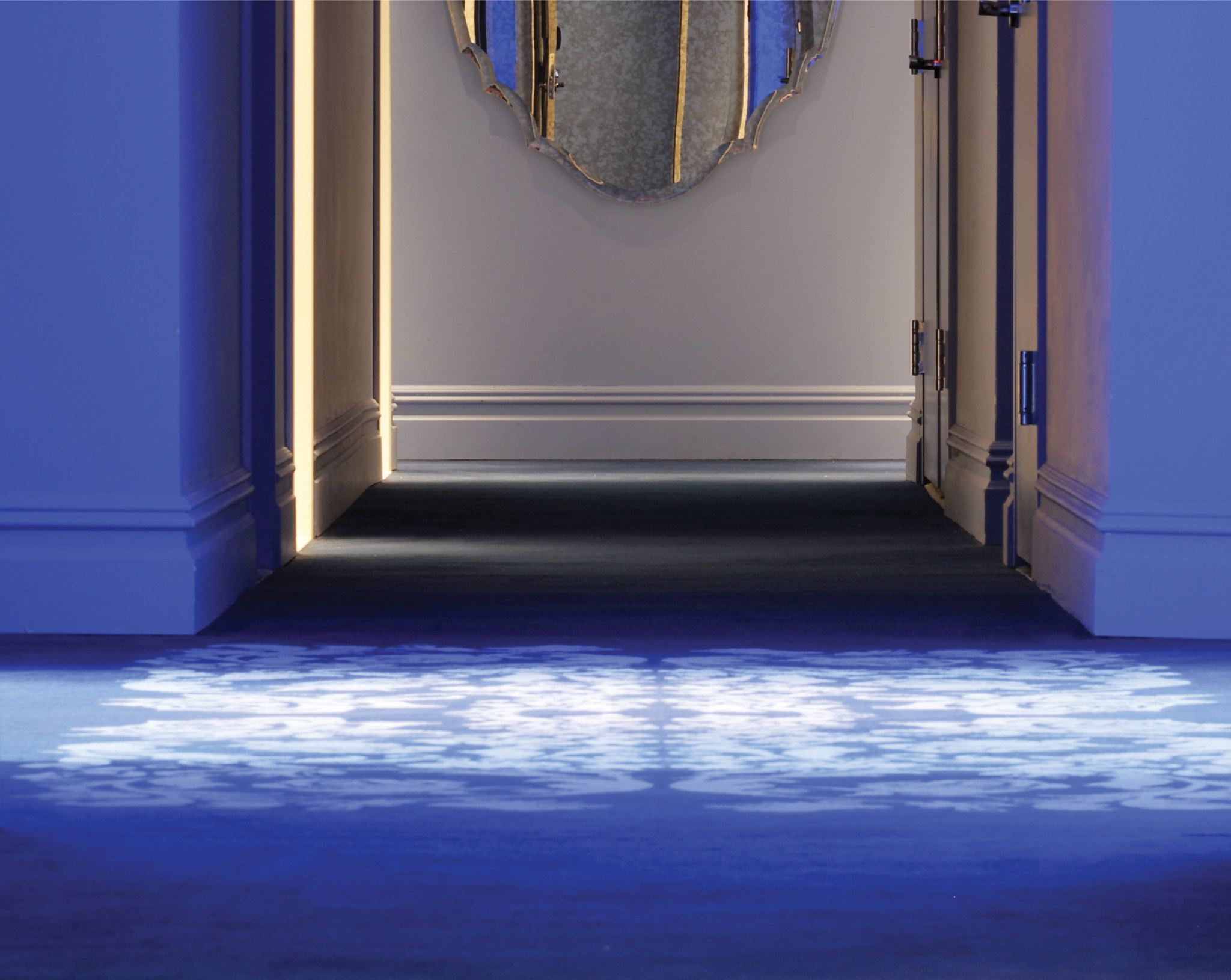 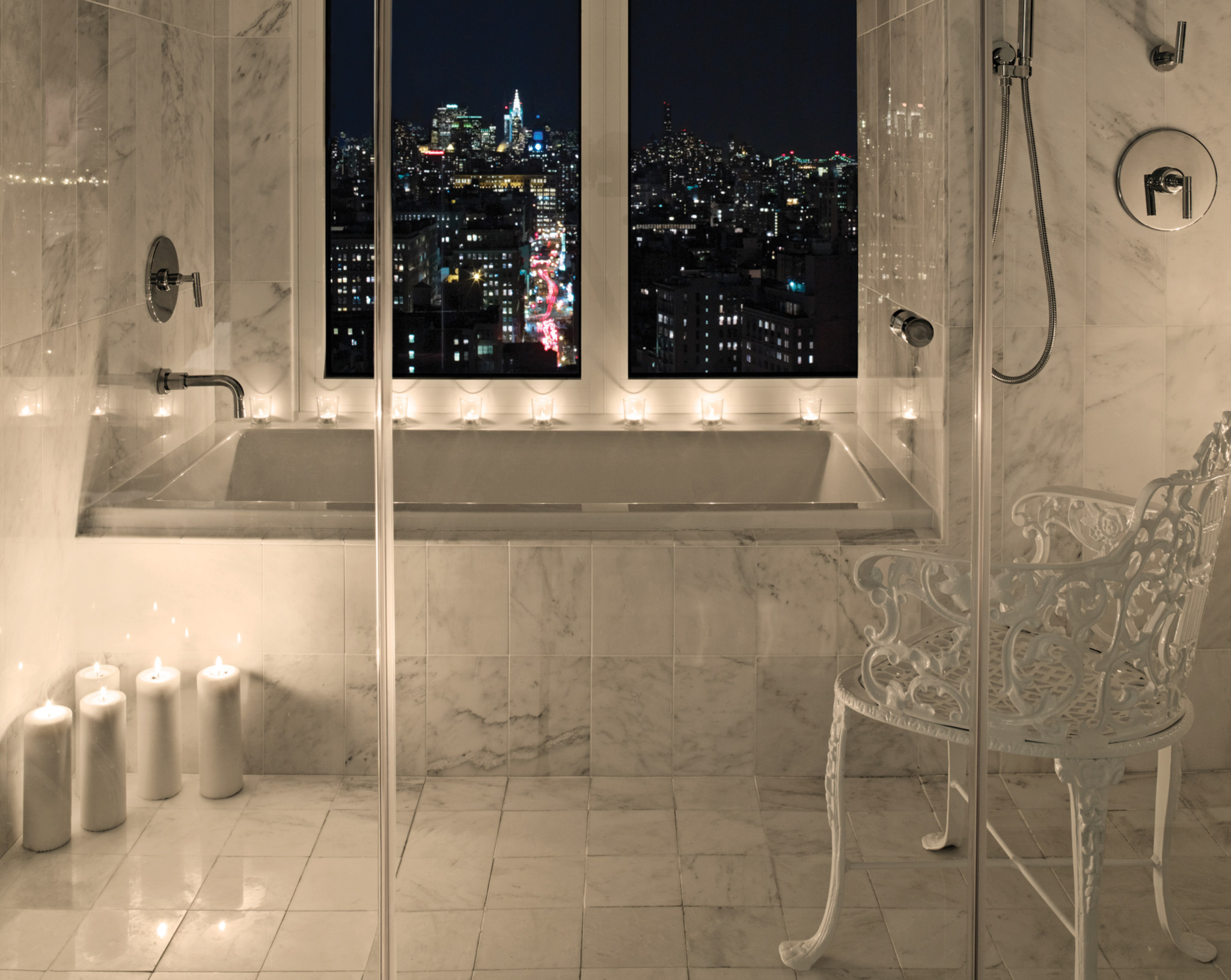 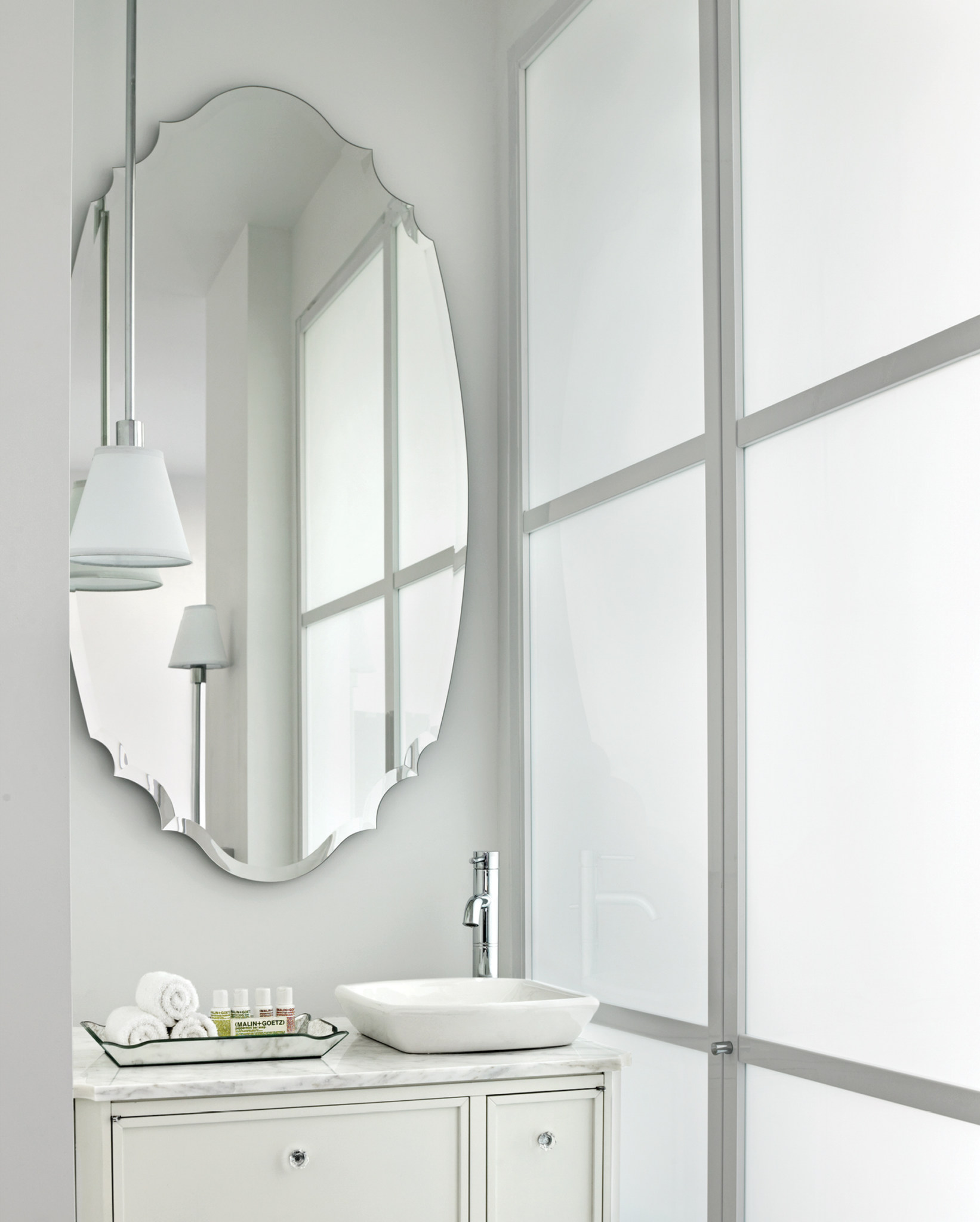 The design of Mondrian SoHo is inspired by Jean Cocteau’s 1946 film La Belle et la Bete, one of the finest fantasy films ever created. A sensual tunnel takes you to the lobby bathed and saturated with powdery French blue. This color that unifies the collection of vignettes over a driftwood floor is repeated throughout the hotel, ending in the guest rooms. You will see a recurrent rose design theme in several patterns to remind you of Beauty’s father stealing a rose from the Beast’s garden, forcing her to live in this fantasy world.

The “speak easy” style bar, on the other hand, has its entrance from Lafayette Street thru a barely­ there kind of door to the north of the property and it’s mostly red, alluding to its Chinatown proximity.